Fritz Island B76 (The Laycocks-The Rennicks)

Compiled by Barbara Sargeant– Please note, some of this information is from personal memories, some from these books. 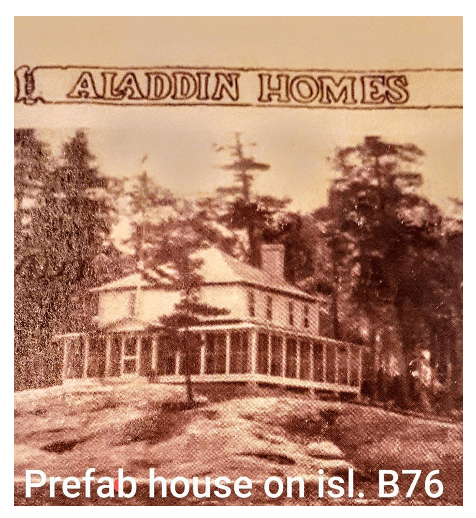 B 76 is the big island beside Scott island. Mr. Davidson bought the island from the Crown and built a cottage on it but his wife hated the place. Judge Pollock told his friends the Fausts who lived in Kansas City about the place and they bought it sight unseen in 1920. The Fausts had two children Jack jr. 10 and Dode 8 at the time of purchase. Jack eventually sold the island to Dr. Laycock. Before he died Jack asked Lucile to scatter his ashes on Fritz Island. One of the current owners Barrie and Barbara Rennick agreed and a memorial service was held in the gazebo.The owners of the other half of the island are Scott and Sandy.

Are you a member of the Woods Bay Community Association and this is your first time logging in?

Not yet a member? Complete our Membership Information Request form