Lucile Jennings Gille, Woods Bay’s longest term summer resident, died on January 30, 2021. She was 101 years old. Lucile’s grandfather, Judge John C. Pollock, first came to Woods Bay in 1895 on a fishing trip. The following year he purchased the Isle of Delight at the mouth of Moon River where it empties into Woods Bay. The family summered there until Lucile’s father, Frank Jennings, purchased Craven Island in 1931 after renting it from the Breithaupt family for two years. Lucile first visited the Bay in 1920 when she was 7 or 8 months old and except for two years during WWII, she returned almost every year until she was 97 years old.

Her inquisitive mind and sharp wit remained intact until the end. She had a deep knowledge and passion for Georgian Bay history and always shared her memories, stories and understanding of Woods Bay’s history with alacrity. She felt it was important to keep its history alive and to that end she shared many of her reminiscences with John Gilly’s history project several years ago. Her stories of backwoods life, cottager’s antics and the hardships of the area’s homesteaders fascinated and charmed all who heard them.

Though her point of view was that of a cottager, she was genuinely interested in and cared about the full-time residents of Woods Bay. Nita Myers and she corresponded and maintained a friendship until Nita’s death. She was also friends with Marie, Victoria and Peter Grisdale and Jack and Ella May Dion and continued to visit them until their deaths.

Lucile’s happiest times were her summers spent at Craven Island. As she got older, she frequently said that being there rejuvenated her. For fifty years she has said that when she died, she wanted her ashes sprinkled over Georgian Bay. To that end, her children plan to organize a celebration of her life on Woods Bay when the border opens and they can once again enjoy island life. 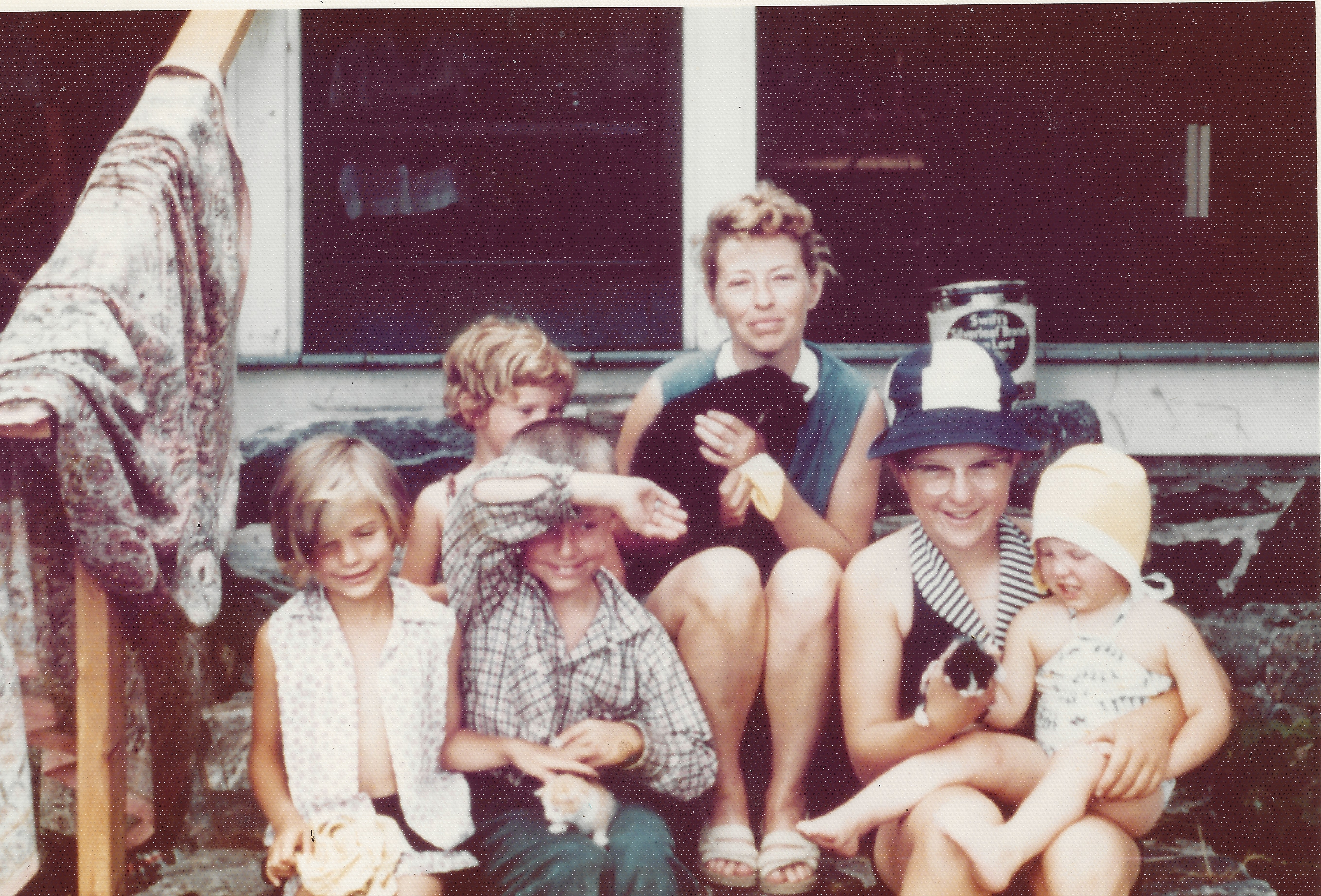 It is a year of dead and dying cockroaches. I wake up each morning, the bedroom floor a battlefield of tiny reddish-brown corpses, with a few near-fatalities scattered in between,
their six-legs flailing in desperate attempts to right themselves.

It is a year of bindweed and broken septic pipes and crumbling shingles. It is a year when
my resolutely self-reliant mother, who only six months ago was a whirlwind of nonagenarian energy, suddenly must lie down for great stretches of time. A year when she can hardly handle the daily challenge of watering her geranium baskets or filling her thistle feeder for the flock of yellow finches that flutters just beyond the screened porch. Let alone tackle the weeds and grasses consuming the flower beds that once brimmed with black-eyed Susans, ladies mantle, bee balm and delphinium. “My lilies have survived just fine,” she says. The saffron-colored daylilies have always been her favorites. Because “they can take care of themselves.”

“I bombed the bedroom before you arrived,” my mother says one morning as she watches me sweep the floor clear of roach carcasses. I say nothing, but think: I escaped the city’s toxic summer smog for this? But my mother is a warrior, a woman on a mission. A woman who derives her greatest satisfaction from preserving our family’s legacy: an ancient summer cottage where the insect population—like the weeds in its gardens and the rodents that nest inside its walls—has stymied her for years.

It is a year when I lie awake at three a.m., worrying that in the morning I will awake and my mother will not. I try to convince myself— and yet am not comforted by the fact— that she is far more likely to depart this life in a sterile, dimly-lit room in a nursing home than in her familiar old bedroom at the cottage. As I drift back into sleep, an image of her lying in a hospital bed flickers through my fading consciousness. Like Wellington at Waterloo or Joshua Chamberlain on Little Round Top, she is waging a war. An imaginary one against roaches and sugar ants, bindweed and dandelions, small brown bats and the failings of her own frail body, as her five children hover around, fretting about her comfort.

Somewhere there is a photo of my mother, one I took maybe two or three years ago. In it, she is standing among the Shasta daisies and lemon mint that grow on the west side of the cottage, her hands full of weeds she has carefully extricated from between the flowers. Her expression is not so much one of blissful gardener as it is a look of stubborn triumph. One you might expect to see in a painting of Napoleon or Alexander the Great. Like them, she has once again defeated her enemies—the chickweed and sorrel and bindweed that could choke out her garden.

When she is gone and her gardens are engulfed in weeds and the kitchen overrun with foraging insects that neither her son nor her four daughters have the time or patience to control,
I will search for that photo of my mother in her garden. I will tack it to the cork board above my writing desk as a reminder. A reminder that it is our willingness to take on the most quotidian tasks—the planting and weeding, the watering and culling—that allows each of us to achieve our greatest victories. 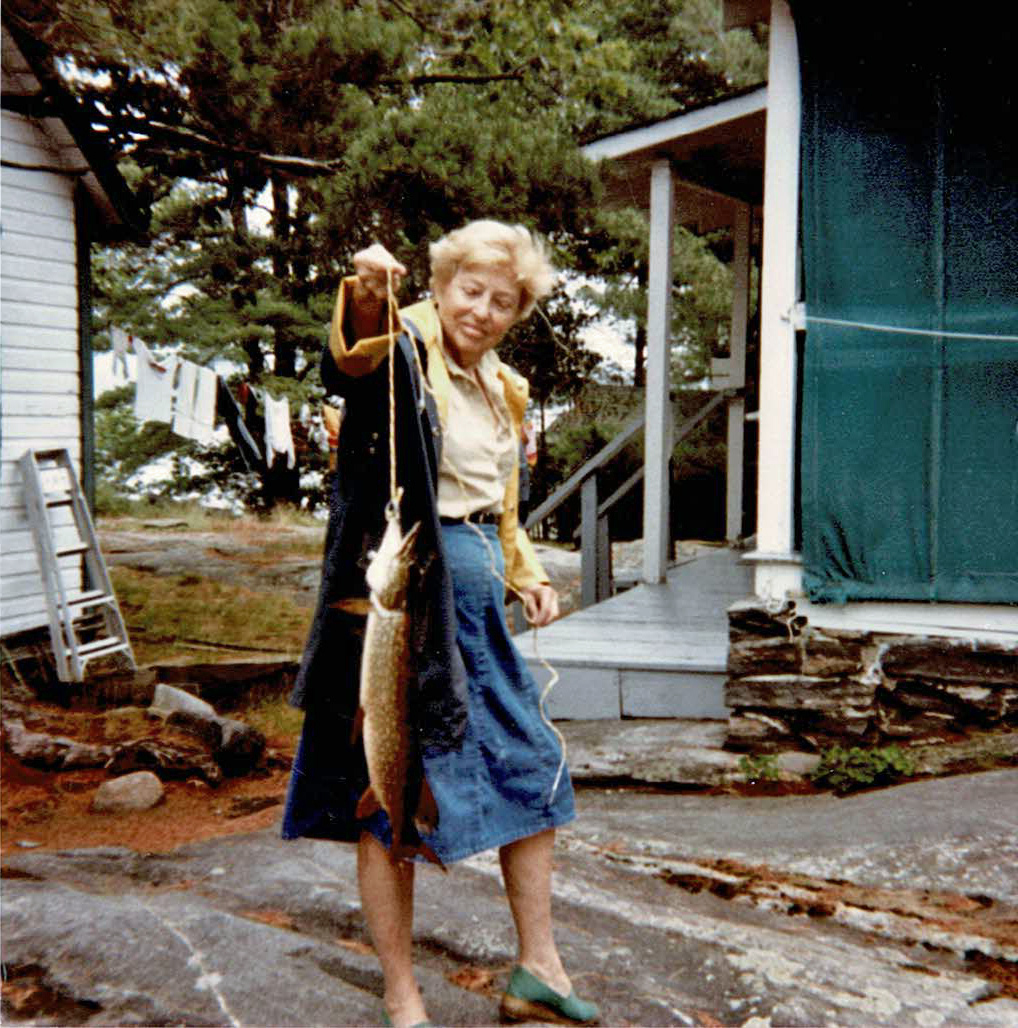 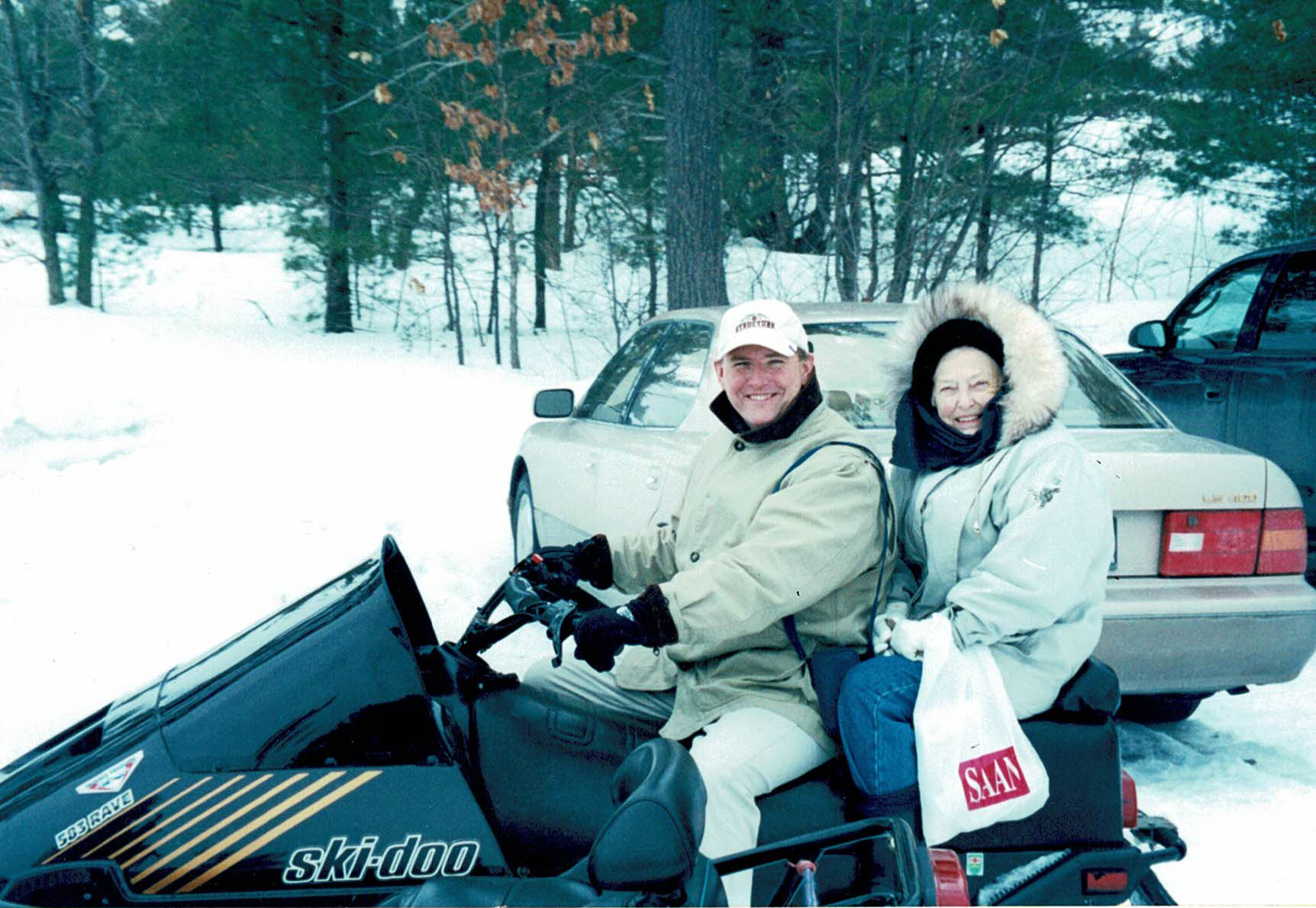 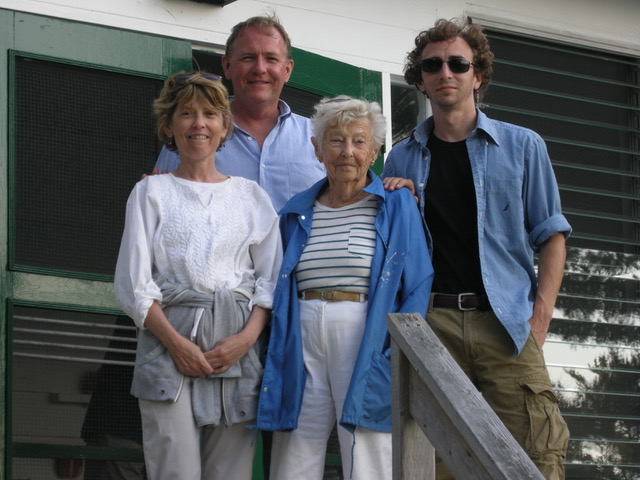 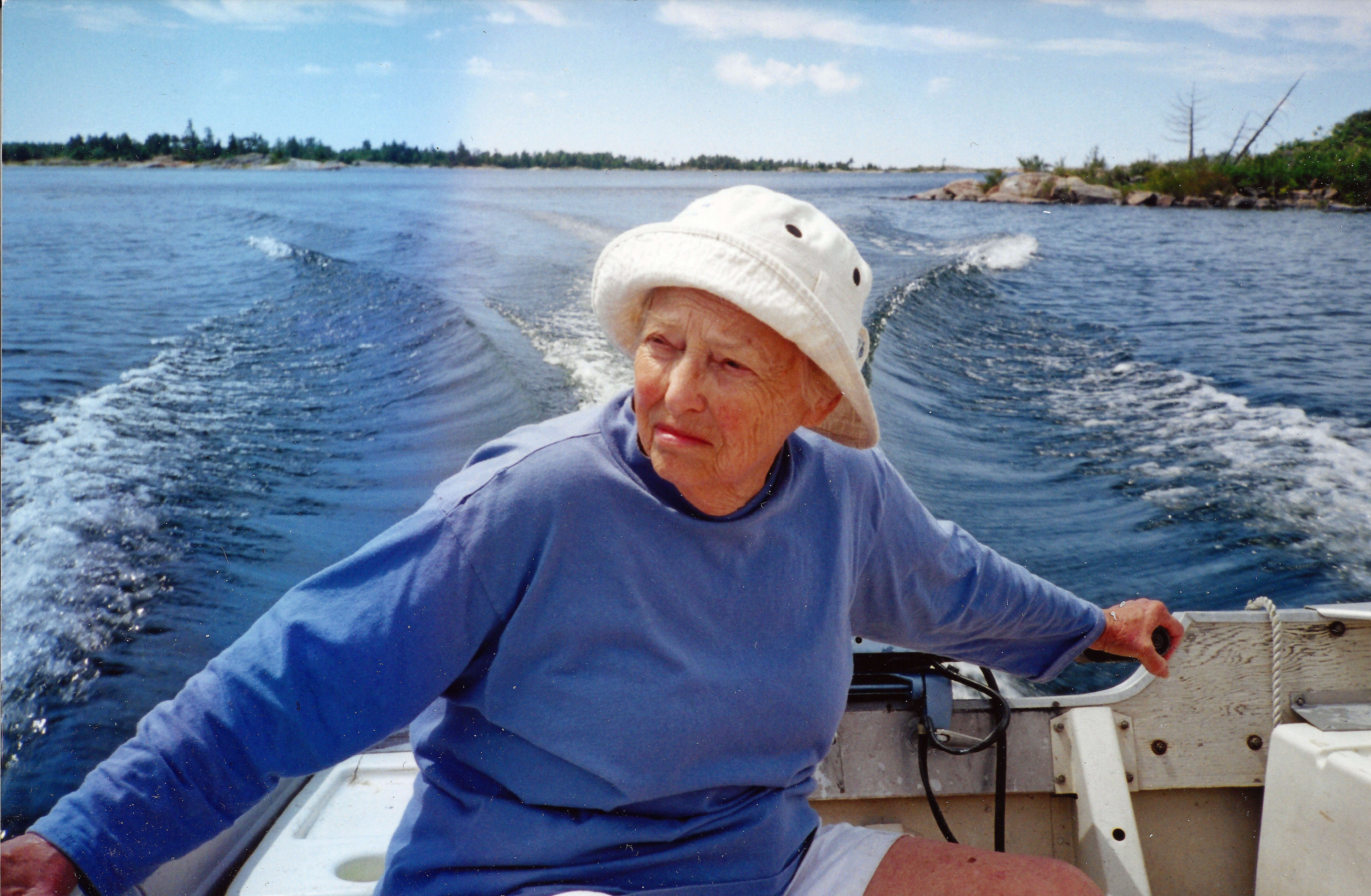 Are you a member of the Woods Bay Community Association and this is your first time logging in?

Not yet a member? Complete our Membership Information Request form